I just got back from a work trip to the Hartford, CT area, so instead of shopping for some exotic brew made with candy corn and huckleberries, I’m going with short takes on stuff I’ve got in my Norge and in my memory. (This’ll probably take me longer than if I just stuck to one beer, but it seems brilliant an hour ago.) 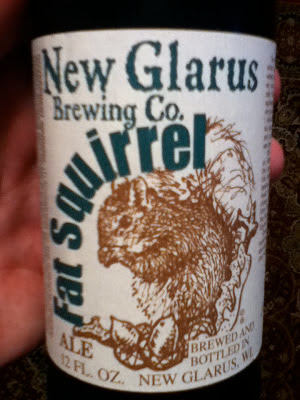 Fat Squirrel is #2 of the four beers my brother “imported” for me from Wisconsin. I’m not much of a brown ale guy, but this one has the malt and slight heaviness you expect of a winter brown, without the cloying sweetness you get in some. New Glarus calls out a hazelnut note – and I can taste it too -- from barley malt in the mix with five other Wisconsin malts. 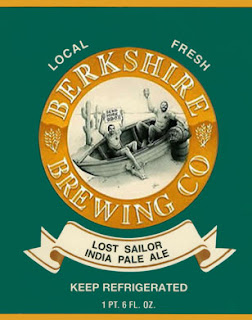 While on this work trip, I walked into the sports bar in my Springfield, MA hotel and spotted taps marked BBC. “No way this can be my beloved Bluegrass Brewing Company in Louisville,” thought I. This "BBC" is Berkshire Brewing Company, based in South Deerfield. 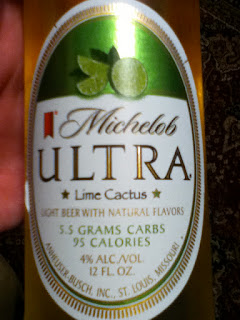 Like anyone who enjoys actual BEER, I steer clear of both light and “lite” beers, but someone - whom I genuinely can’t remember - said I should try this stuff. The best I can offer is that it isn’t as horrid as abominations like Smirnoff Ice. (BTW, did you know that in most of the rest of the world, Smirnoff Ice is made with Smirnoff vodka instead of filtered malt liquor? Drink up, yankee!)

Back to “lime cactus”… I inhaled the aroma of the poured glass for a good thirty seconds, trying to place that citrusy smell. Then, it hit me. It smells just like the store-brand liquid soap I put in my dishwasher! The taste isn’t beery either – more like if you made weak lime Kool-Aid with fizzy water and no sugar. I guess I’d drink it again if there wasn’t even a Miller High Life (ah, memories), but I’d keep my hand over the label.

Posted by Grahamopedia at 3:44 PM