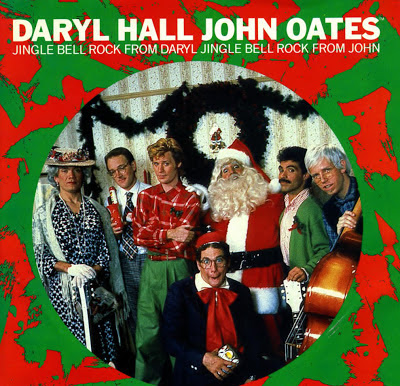 Children of the '80s know well that in 1983, Daryl Hall and John Oates remade the classic Bobby Helms Christmas hit "Jingle Bell Rock" ... but did you realize that for all these years, you've been hearing two versions of the song?

Here's the one you probably hear most with Daryl on lead vocals ...


Then, there's also a version with John at the mic.

I guess that explains why neither one of them does much lip-synching in the video. Jump both versions to the 1:30 mark to see where they go off on their own paths.
Posted by Grahamopedia at 7:39 PM