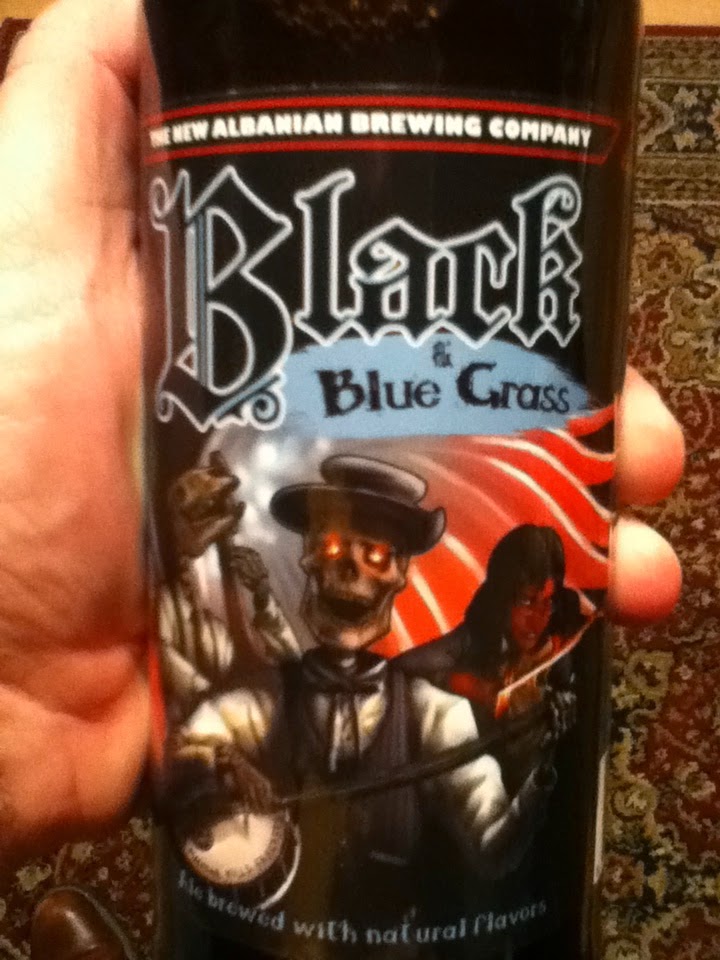 I lived in Louisville, KY a decade ago and a favorite spot for a beer and The Cramps on jukebox was Mag Bar. I stopped back in town recently and while smokers are now exiled to the sidewalk and a gourmet pizza shop is open next door, it’s the same dark den I loved and was just a little scared of.

That trip back is where I first had a beer from New AlbanianBrewing Company, just across the river in New Albany (get it?), Indiana. That night, it was Bob’s Old 15-B -- a roasty, but still complex, brown porter. Who’d think that I’d see a New Albanian again beer here in my current home of Florida? Turns out an Ohio distributor, Cavalier, also has a warehouse in Lakeland.

The beer I found is Black & Blue Grass, a Belgian ale spiked with toasted black pepper, blue agave nectar, and lemongrass. I was concerned NABC picked the ingredients just to make the name work, but it’s an interesting combo. I suspect that without the extras, we’d have a vaguely-wheaty, orange-red ale without a lot of character.

That first sip hits you with a lot of things at once – the herbal lemongrass, the flavor but not the heat of the pepper, the leafy green of the agave. Because the yeast has done its job of eating sugar and making (let’s be honest, “excreting”) alcohol, it’s not at all a sweet beer. It’s a very clean flavor, almost cleansing the palate as you drink it.

At first sip, all the herbal notes together hit me as “hair tonic,” the jasmine/lavender whiff of a barber shop.  I eventually got past that, but it’s a personal association that’ll keep Black & Blue Grass from becoming a regular in the rotation --an interesting one to try and then move on.
Posted by Grahamopedia at 3:24 PM