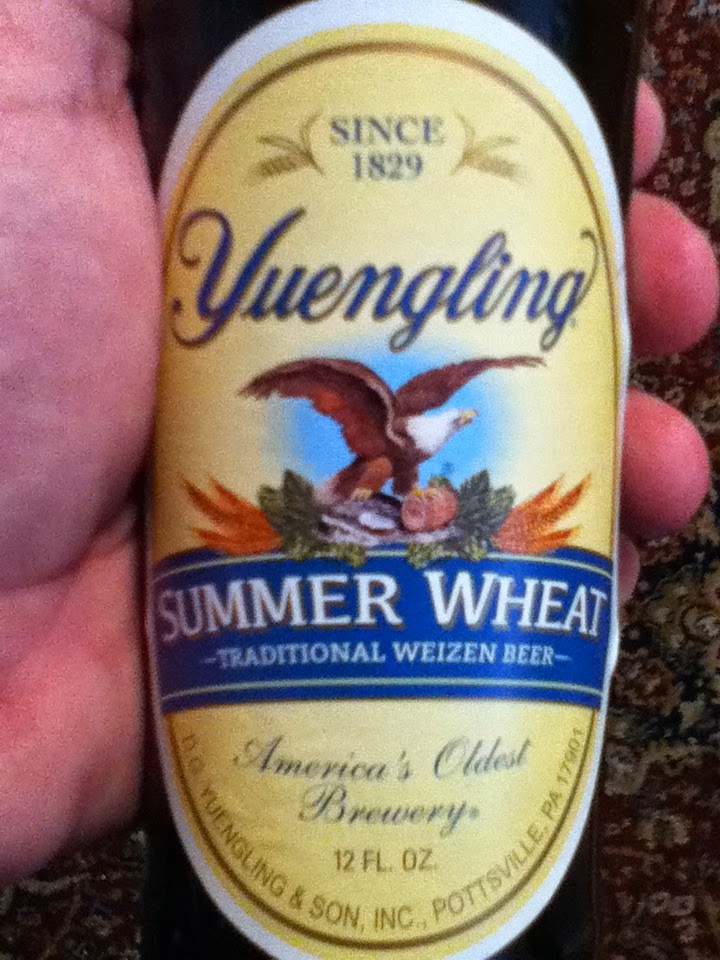 I drink Yuengling because it’s a cheap date. It’s not amazing beer, but it’s more malty and less watery than Bud or Miller or Coors. For the same price – a buck a bottle -- it’s the best deal in the supermarket. Plus, I live in Florida and our Yuengling is brewed in Tampa, so technically, it’s local.

Yuengling Summer Wheat is a little pricier, $7.50 for a sixer, but let’s give it this new seasonal a go. It’s a hefeweizen, so if a bar stocks it on draft, it’s probably going to come with an orange slice like Tucher or Blue Moon. I’m drinking it naked (as far as you know).

It pours surprisingly cloudy, not a bad thing, with a tight quarter-inch head. This certainly smells like a hefeweizen with that banana/spice whiff you expect – plus, a bit of roasted malt. The flavor is right up there with other hefeweizens – the clove, the banana. I also get a tiny unexpected citrus/apricot tang on the finish.

Yuengling Summer Wheat is not as powerful a flavor as Tucher Helles or other imported hefeweizens, but it’s cheaper too, isn’t it? If I can find this in local bars, it’s definitely going into the summer rotation.

Note to bar owners – we all know that Yuengling is an American brewery – in fact, the oldest operating brewery in America -- so stop putting it in with the import beers and raising the price. Here in Orlando, it’s imported from an hour-and-twenty down I-4.

Posted by Grahamopedia at 3:59 PM