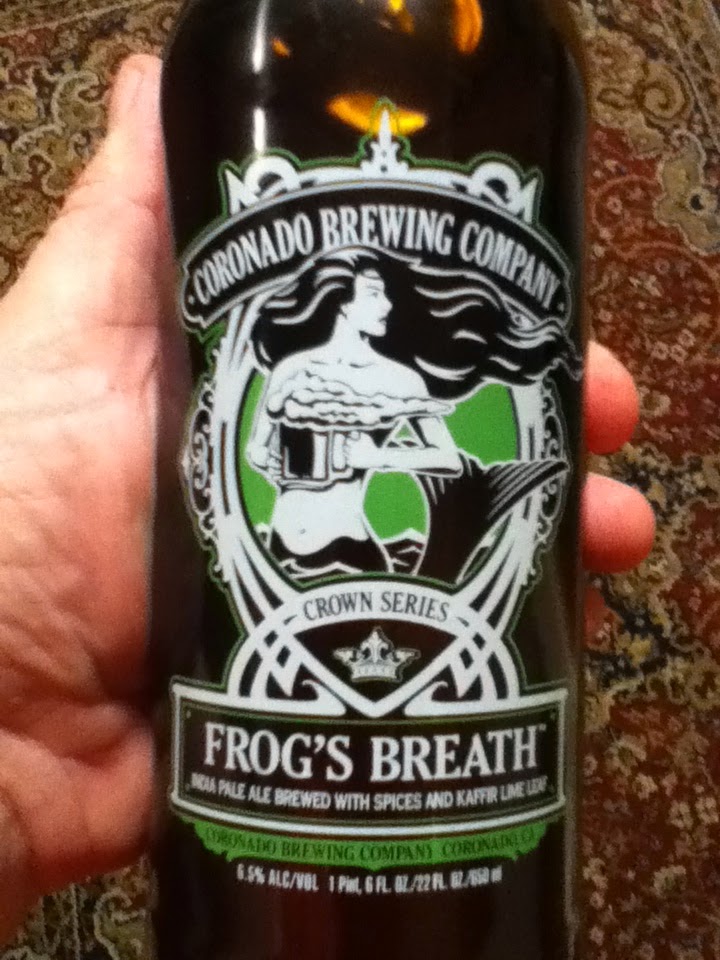 I wasn’t going to review two IPAs in a row, but after seeing these bottles with a good inch of sediment at the bottom, I figured there’s not to be something interesting here. Turns out Coronado Brewing Company's Frog's Breath IPA is filled with bits o' lemon zest, orange zest and kaffir lime leaf -- which is used a lot in Southeast Asian cooking. 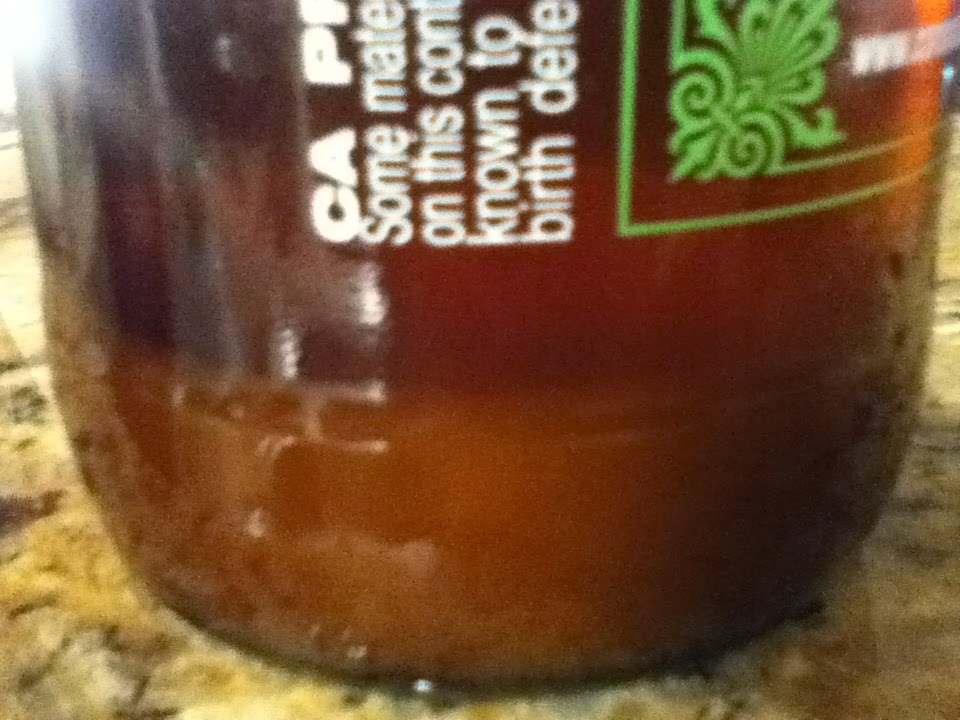 Unlike wine, you drink the sediment, so I fished out my biggest glass to hold the 22 ounces of beer. It pours a cloudy (duh) gold just turning to orange with a sturdy, lasting head. The aroma is hoppy, but not as strong as you’d expect.

For an India Pale Ale, Frog’s Breath is surprisingly bready. It’s a balance between hops and malt that you don’t see in a lot of IPAs, and would either be interesting or disappointing – depending on your tastes. The malt adds a sweetness that cuts some of the bitter hops. It’s still green and piney, but mellower.

For all that sediment, it’s not the citrus blast I expected. The kaffir lime leaf shows up mostly at the end of a sip, cutting through the malt with a bit of bitter and floral (almost rosy) brightness.

Coronado Brewing originally designed Frog’s Breath with a couple home brewers that were also Navy SEALs (Get it? Frogmen?) With a relatively-low alcohol content of 6.5%, Frog’s Breath is maybe mellow enough for drinkers who find most IPAs too harsh.  Wonder how it would go with lamb curry?

Posted by Grahamopedia at 2:53 PM