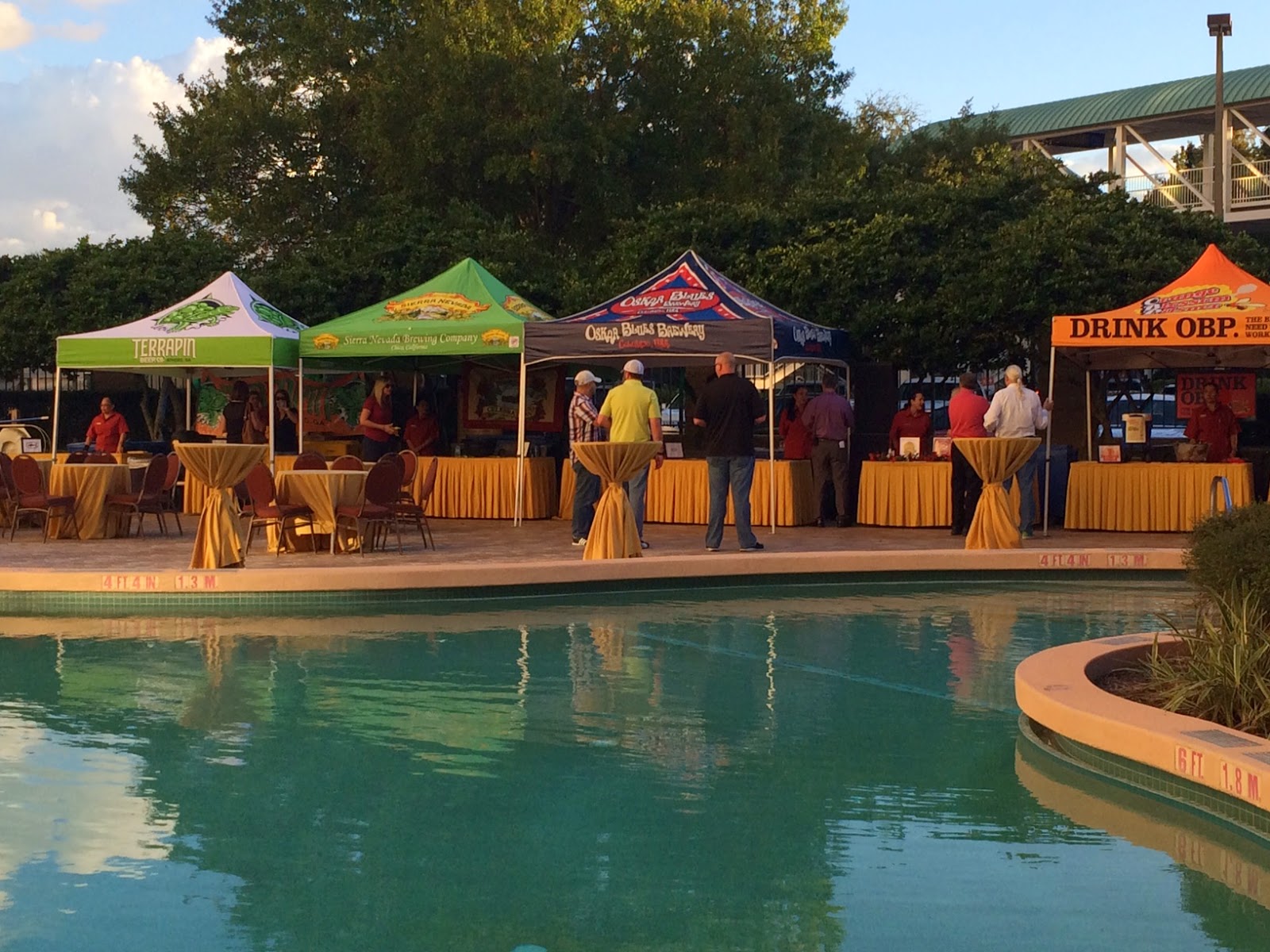 This weekend, I hit a new beer festival in Orlando and actually got to try some beers I’ve not had before. If you’ve never been to a beer fest, that’s more unusual than you might think. Too often, the selection at these things is about the same as what you’ll find in a well-stocked supermarket. 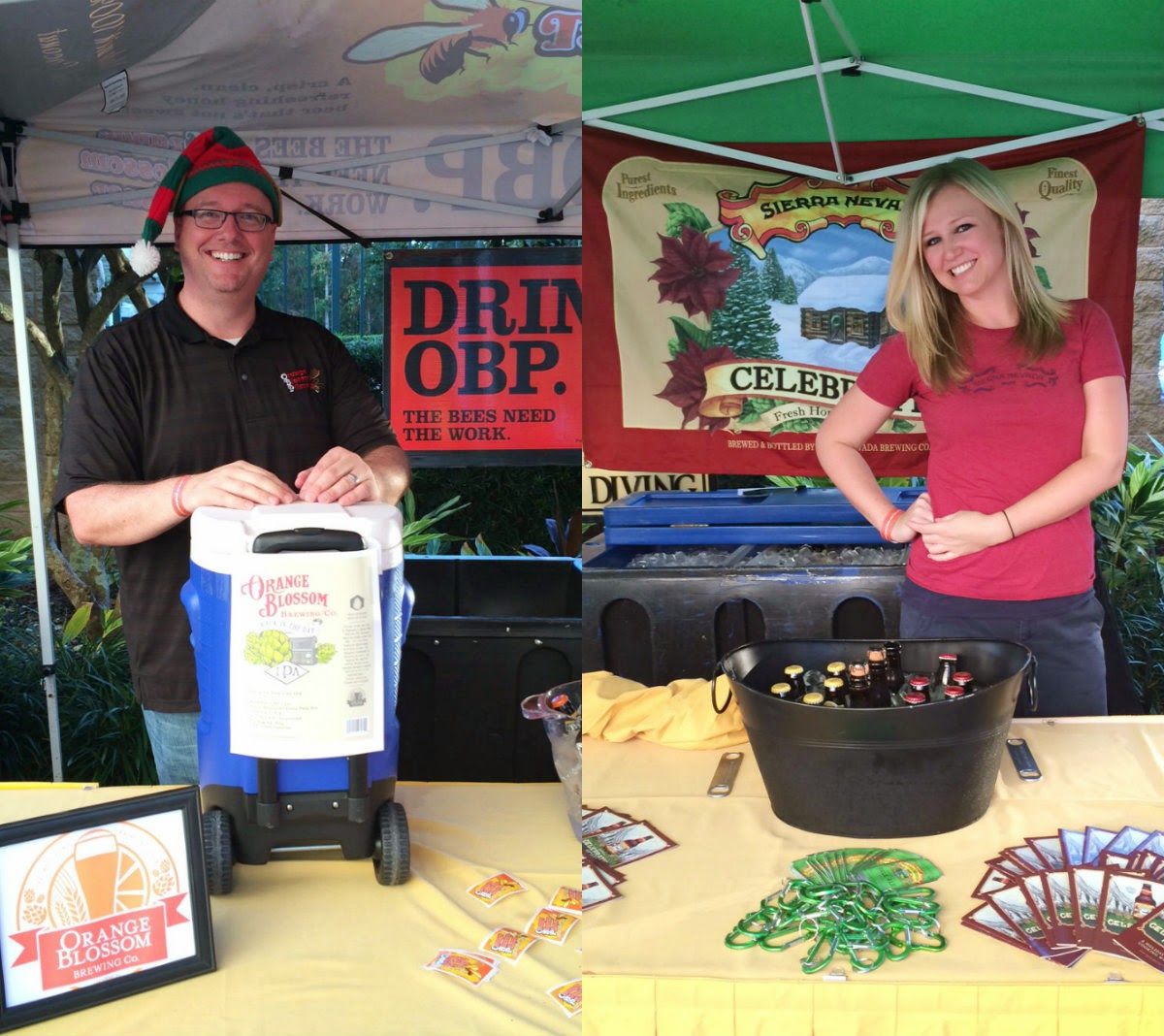 For the Rosen Plaza WinterFest, the International Drive hotel closed off the pool area from 5-8pm and had ten brewers set up shop. For $25 in advance/$35 at the door, you got admission and a sample-sized mug to fill and sample and fill again. The hotel also set up urns of water so you could rinse away the peanut butter porter before sampling the Orange Blossom Pilsner. Full disclosure – a friend who works public relations for the resort, and knows I like beer, got me a free invitation. 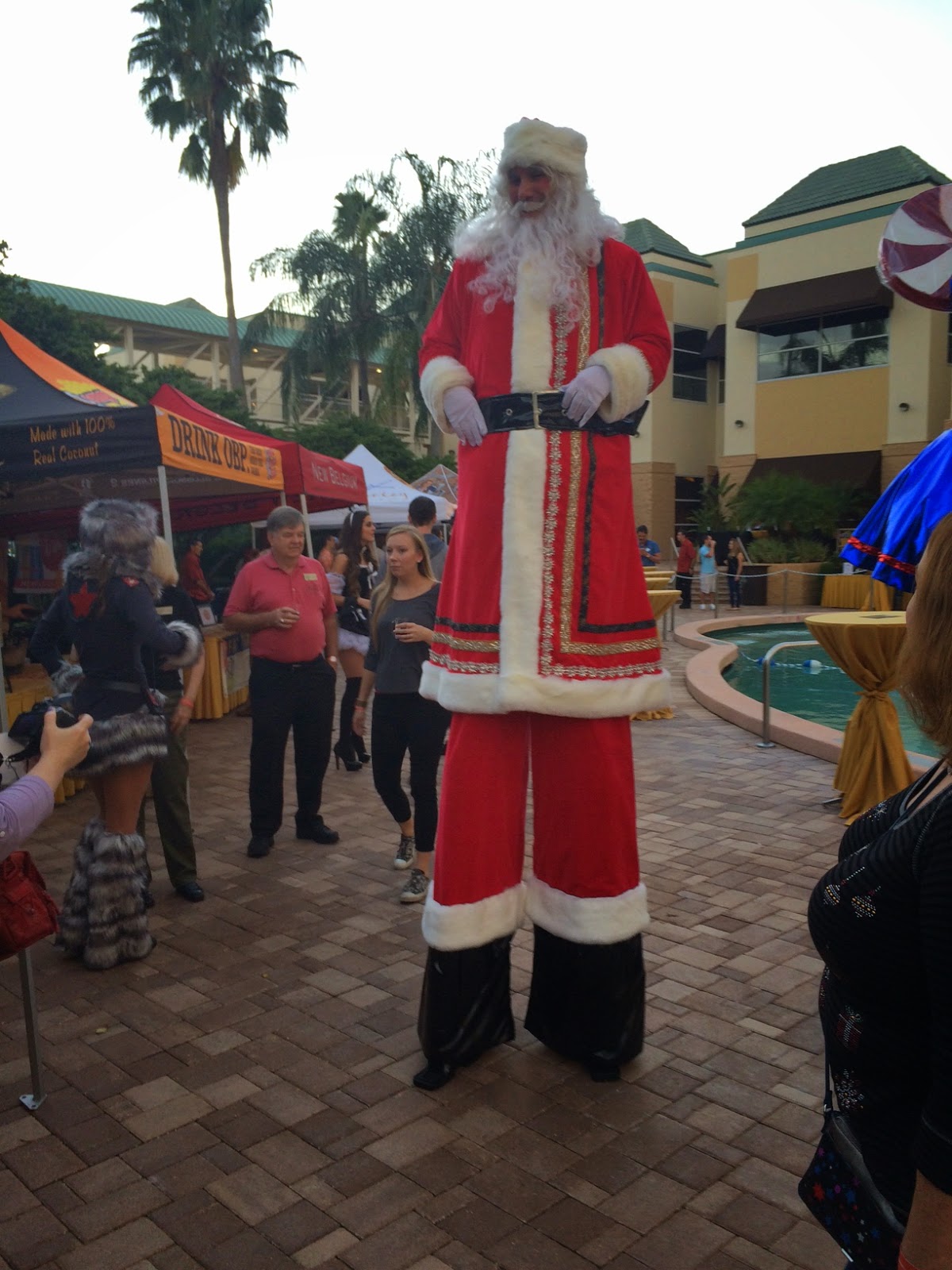 Entertainment for the night included the mandatory stilt walkers and pretty girls dressed to represent countries that are known for their beer. Locally-based vocal group The Edge Effect (notaboyband.com) performed a mix of covers and originals. Here's a clip of "Moves Like Jagger" from 2013.

At the other end of the pool deck, you could buy international food (Greek, German, Japanese, etc.), prepared from the Rosen kitchens.

So, brews that were new to me –

Two Henrys Brewing Company is based inside Plant City’s Keel and Curley Winery and named for Florida tycoons Henry Plant and Henry Flagler. I started with their Gilded Age Golden Lager – biscuity and malty, but still light and easy to drink. Gilded Age would be a good training wheels beer for folks looking for something local and crafty, but not too far from American convenience store lagers.

I also spotted a growler and got a pour of Two Henrys' Blueberry Vanilla Wheat. Fruity beers aren’t my favorite, but this one wasn’t overly sweet - so if I’m going to drink a blueberry beer, this might be the one. 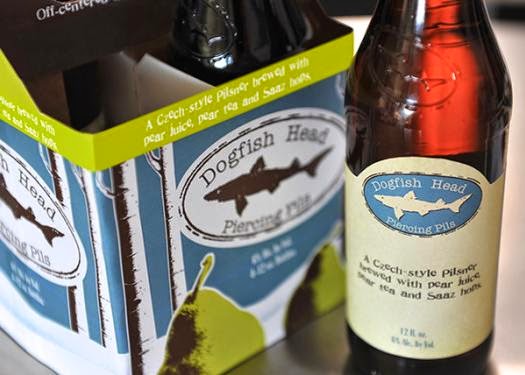 Dogfish Head from Delaware had a few brews on display, but Piercing Pils was new to me – a Czech pilsner flavored with both pear juice and white pear tea.  It’s fruity, but still crisp. Not sure what’s “piercing” about it, but something for the cider drinker to try.

Alligator Drool is brewed just for Rosen Hotels, currently by Orlando Brewing - one of the few organic brewers in the country. It’s a pale ale, but not an India pale ale, so don’t expect that explosion of hops. More along the lines of Bass or a lighter Old Speckled Hen. ABC Liquors and Total Wine don’t stock Alligator Drool, so you’ll have to hit a Rosen Hotel bar or restaurant to try it … or hope that the Rosen Plaza WinterFest Beer Garden returns for 2015.

Posted by Grahamopedia at 2:59 PM